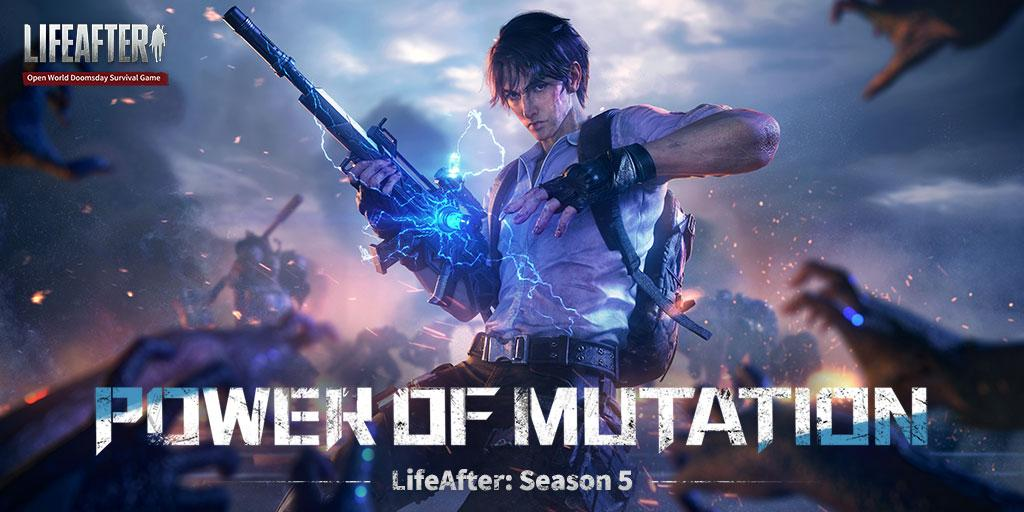 GUANGZHOU, China, December 7th, 2022 - The popular Open World Doomsday Survival Game LifeAfter, developed and operated by NetEase Games, is launching its Season 5: Power of Mutation today (December 7th)! The Season 5 comes with the new Ark City, a new faction the Ark Knights, and a new profession the Ark Knight. Survivors are now able to use the Power of Mutation from the Source to enhance themselves in the dangerous doomsday world. Log in now to claim free backpack, Cert Reset Ticket and other bonuses! Ark City, an unknown place hidden in the remote sea, is a city that lives with a Source. The biggest faction there, the Ark Knights is led by mayor Fred, and its duty is to protect the city’s safety.

The Ark Knights caught the wounded and dormant Third Source, whose secretion Mutation Liquid was found to be able to be used as energy. With that, Survivors here enjoyed technological breakthroughs unimagined by those on land. However, as a cost of harnessing that power, they have to face constant threats from the Infected. The Third Source will periodically enter an unstable state called Infection Tide, during which massive amount of Infected will be attracted to the city……

To get rid of the Source problem for good, Fred is fully committed to the Resonance Plan. The deputy Knight Leader and acting mayor Constantine and the Captain Lancelot are stepping in his duty to protect the city. They are also the key characters that Survivors will be interacted with in Season 5. The secret of the mysterious Ark City is waiting for Survivors to reveal. In Season 5, Survivors will face a new kind of Infected. They are mutated by the influence of Source and have the power of scorched rock, spore, and crystal. The Ark City-developed weapon add-on "Mutation Core" can help Survivors deal with these powerful enemies.

In Season 5, Survivors can get certified as Ark Knight, a new combat profession that exploits the Power of Mutation. The core talent of the profession is Mutation Resonance, which provides damage bonus when using weapons equipped with Mutation Core. The weapon’s Resonance will accumulate when players are shooting or taking damage. Maximum Resonance will make the next reload into a fast Resonated Reload, giving the gun resonated rounds with damage bonus.

To make it easier for Survivors to experience the new profession, LifeAfter is providing free Cert Reset Ticket after version is updated.

After today's update, Survivors can experience the new Stage “Crystal Hunt”. They can form a four-player squad and go to the floating platform running on Source energy in Ark City to amplify the Source's signal by manipulating the Enhancer, so as to detect the location of the important energy matter "Prime Crystal". Since the Prime Crystals may be scattered in different places, players must fight in complex and constantly changing scenes, and the terrain and scene will have a great impact on the combat; In the process of turning on the Enhancer and searching for the Prime Crystals, players will encounter various challenges, including solving puzzles, escaping, parkour, and confronting tons of Infected... Players must pass a total of 5 levels, with random combinations of challenges. Each time they embark on the quest of Crystal Hunt, they will get a different gaming experience.

There are some special interactive objects in the stage scene, such as explosives that will cause damage to the surrounding Infected and players when attacked, and jump pads that can help players jump higher. If they’re used wisely, the level can be cleared much faster.

LifeAfter: Season 5 Power of Mutation has launched. Plenty of new gameplay is waiting for Survivors to log in and experience!

To learn more about LifeAfter, please