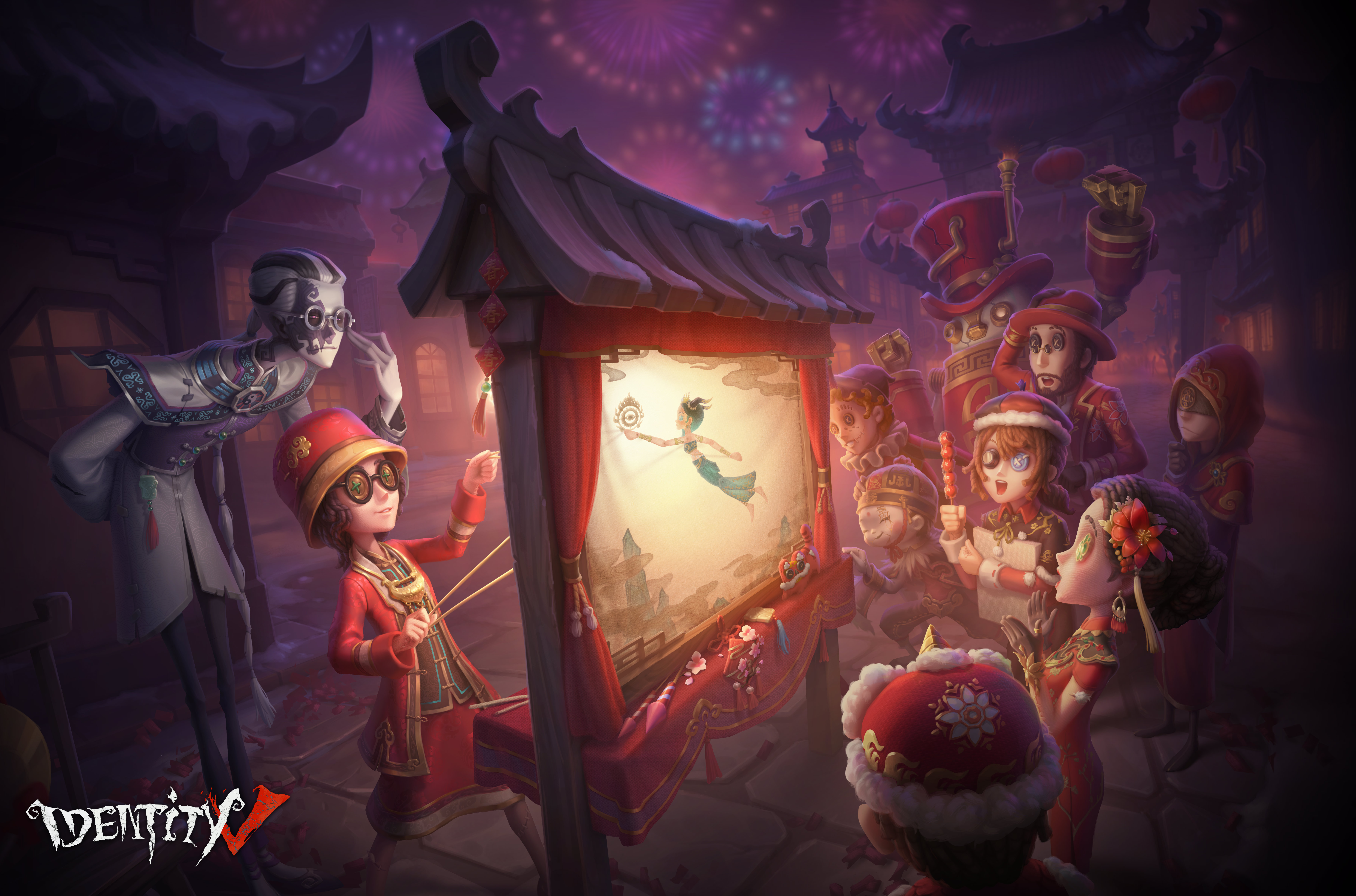 NetEase Games has announced that the Chinese New Year Version is coming to Identity Ⅴ, bringing with it new characters, new season’s essences, new activities, the first Work of Vanity’s Costume and other exciting updates for players.

GUANGZHOU, China – (December 20, 2021) –The tide conveys distant thoughts, and the night buries false lies. The Chinese New Year Version of Identity Ⅴ, NetEase's first 1V4 Asymmetrical Battle mobile game is on its way with massive updates, with weeping clown, surging waves, chaotic banquets, missing shadows puppets. In the midst of chaos, are you in control of the fate, or being controlled by it?

Born with a sad face and a missing right leg, perhaps he really was a natural-born money tree as his parents suggested. All he could do to make himself feel needed was to tolerate and play dumb. 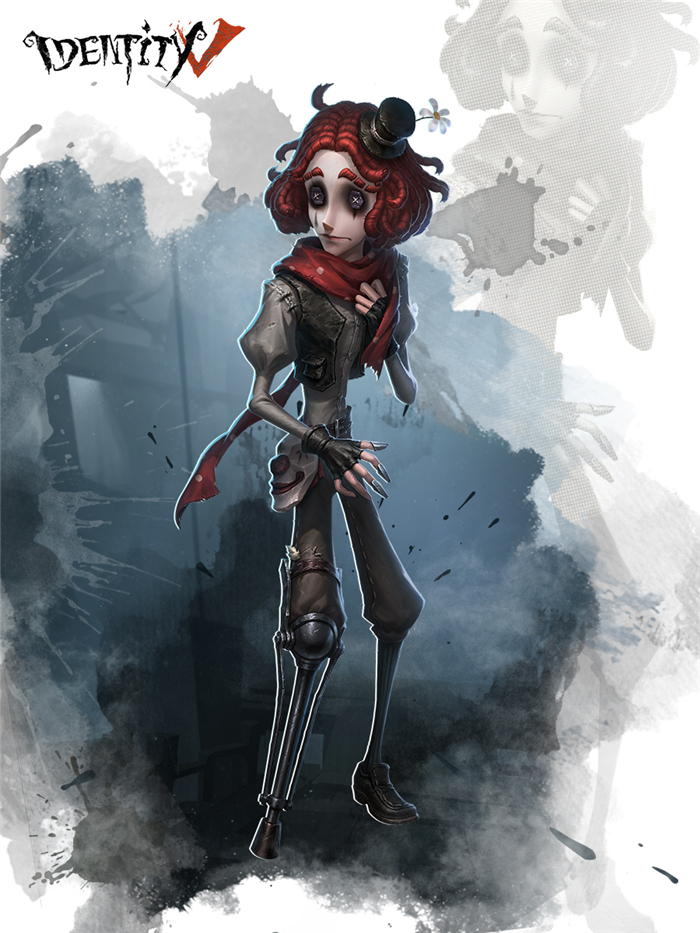 Following Survivor - Novelist and Regulator "Nightmare", new member come on board to the Identity system of Identity V. What is the connection between Survivor- “Weeping Clown” and Regulator-“Clown”? What on earth happened to Joker that made him change so dramatically? All the unknown are waiting for players to the manor to explore.

Rocekt：“Weeping Clown” carries a Rocket that can propel him forward at the cost of decreased agility during the dash. If he runs into other Survivors while dashing, he can propel them forward together.

Explosion: The unmanned rocket will explode in scenes or meeting with regulators, and survivors in the range will be boosted for 2 seconds, and the movement speed will be increased by 30%. Regulators in the range will be attacked with 2-second shock with a 50% drop in movement speed. When regulators are around the explosion center, the attack will be 2-second dizziness.

All Thumbs: “Weeping Clown” is clumsy and terrible with machines. Decoding speed is decreased by 10%.

The Wishes From the Ocean：Send Away the Yearning

After a long parting, residents who stayed on the rich island pinned their thoughts on the never-ending waves. They put the paper letter in message in a bottle and prayed to the mother of the sea, to their families in the distance, or to the god of the tide, hoping that the night tide would send this yearning to their families. Season 19 essence 3 will come online on January 20, including a large number of new costumes such as "Weeping Clown" S Costume -Swallow of Deception, " The Dream Witch " A Custom - Paper Queen and "Little Girl" A Costume- Aging. Message in a bottle coming along with the wave, can the receiver find it and uncover the sealed thoughts?

Along with the Wave: Dancing Music of the Tide

If the night is dark, decorate it with stars; if the sea is quite, let the waves wake it up. In the surging waves, the “Red Lady”-the Night Tide walked slowly out of the white bubble, the deep night sky woven her bright black veil, sparkling is her swaying skirt, in this endless sea, her elegant figure brought the dance music of the waves. The S costume of Bloody Queen package will be launched on January 20th, including Bloody Queen S costume- the Night Tide, Bloody Queen A accessory- Dance with wave. With tide playing music and moons shining over you, why don’t you dance along with her?

The Dispersing Ephemeral: Doubts at the New year's Eve banquet

With the Spring Festival approaching, the folk art troupe came to Chinatown to bring you a wonderful performance of Chinese shadow puppetry at the New year's Eve banquet. But just before the show begins, the most important puppetry disappeared. Who, for what, steal it?

The Spring Festival event will start on January 22. Players could win the permanent unlocking card for A costume, themed costumes, accessories, portrait frame, standby motion and so on. Let's celebrate Spring Festival together by solving the case!

“Priestess” S costume- Ephemeral will come online on February 1st. Her elegant skirt, flying gauze and graceful posture seem have travelled through time. She starts to dance by tipping the toe, bare foot, bring you back to thousands of years ago. Lost in Illusion: Meet the Work of the Vanities

Meet the first costume of Work of the Vanity, Perfumer- Mnemosyne's Dream, on January 27th. She has dual form effects: when in good health, she can attract butterflies and streamers and turn them into amazing hair accessories and skirts; when in injury, the butterfly and the streamer disperse, and she will change into a look convenient for action. On top of that, she will also have other gorgeous effects such as exclusive CG, exclusive waiting hall show, exclusive costume icon and so on. For those who are interested, you can find these of the special play "Lost in Illusion". 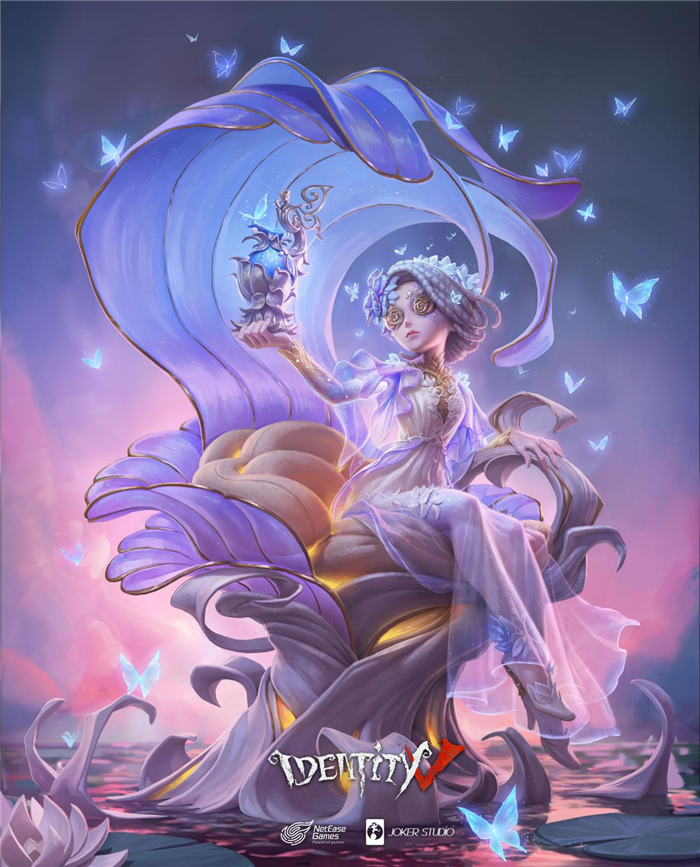 The tide is surging, do you want to drift away with it or fight against? The Chinese New Year Version of Identity Ⅴ, NetEase's first 1V4 Asymmetrical Battle mobile game is on its way with massive updates. Log on to the Manor and accept the challenge of fate!