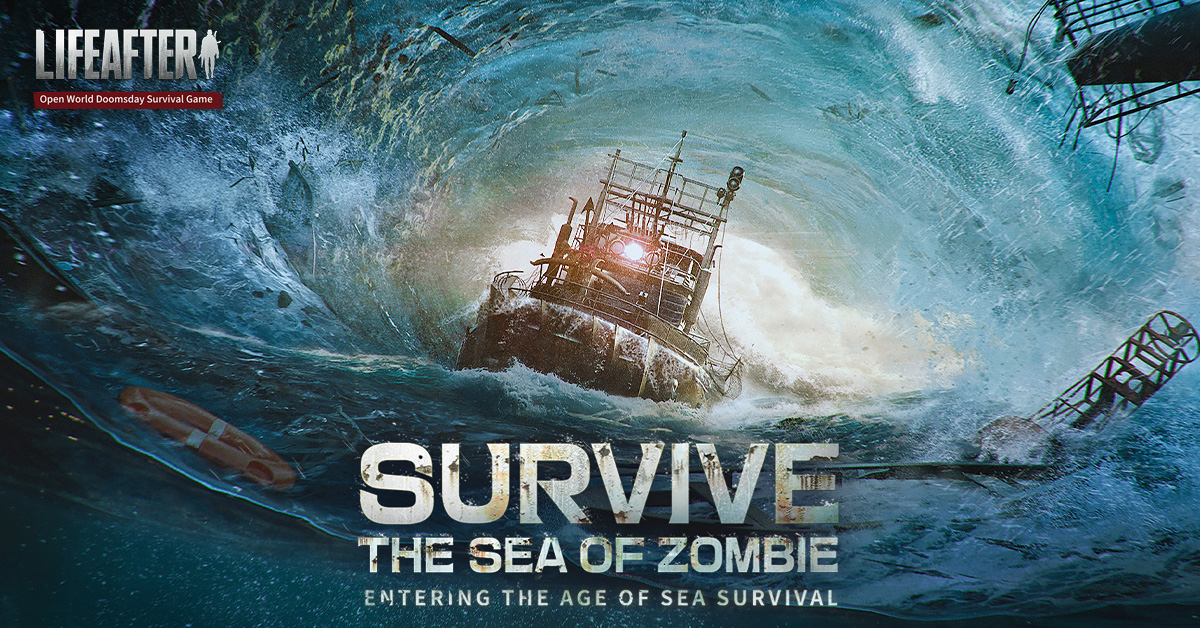 LifeAfter: Sea of Zombie Launched on August 12! Enter the Age of Sea Survival, Sail across Five Mutated Seas and Search for the Pureland!

To commemorate the launch of the new version, the interactive video LifeAfter in Real Life is released, recreating LifeAfter: Sea of Zombie with live action scenes. Follow LifeAfter’s official Facebook page(@lifeafter.en) to get more information, and you’ll have a shot of winning $50 Google Play gift card!

Survivors learned from Scientia that there is an “Pureland” without infection on the other side of the sea, where there might be clues for helping people get rid of the infection once and for all. To search for that mysterious island, Survivors set sail to the five idiosyncratic Mutated Seas — Crystalthorn Sea, Labyrinth Sea, Rainbow Sea, Eroded Reef Sea, and Whirlpool Sea.

To survive on the Mutated Seas, the ship is an indispensable partner for Survivors, serving a variety of purposes. Survivors can steer the ship from the Cockpit, follow beacons, and navigate on the vast sea with the help of compass. Use the Salvage Racks to collect marine resources, and unexpected treasures might be salvaged and brought back to land for exchanging high-grade materials. The Construction Area allows Survivors to build and place furniture freely for creating their own sea shelter. And through fishing, Survivors can obtain rare fish resources from the deep sea.

The Mutated Seas breed powerful enemies — new marine Infected are coming! There are Infected corrupted by the sea, violent giant Infected Sharks, Infected Tentacles that can wrap the whole ship, and mysterious special Infected that wields big sickles and wears clerical clothing... For the last hope of mankind, Survivors must take up arms and fight to the end!

The physics engine is upgraded in the new version, rendering the ultrarealistic water surface effect. There are also free stuff like limited outfits, sprays, frames, and ship to claim. Come log in to the game and try out your sea survival!

To commemorate the launch of the new version, the interactive video LifeAfter in Real Life is released, recreating LifeAfter: Sea of Zombie with live action scenes. The real ending requires you to make the right survival choices as you watch. Can you find the only way out when every decision is a matter of life and death?

Follow LifeAfter’s official Facebook page(@lifeafter.en) and start your survival challenge at 18:00(UTC+8) on August 13, and you’ll have a shot of winning $50 Google Play gift card!

The LifeAfter: Sea of Zombie has officially launched. In these dangerous Mutated Seas, what lies ahead in Survivors’ expedition for the so-called “Pureland”, hope or desperation? The doomsday answer will be yours to reveal!