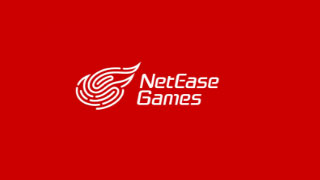 The investment has enabled Bossa Studios to continue its growth as a developer of innovative and globally popular games released on cutting-edge platforms and has helped the studio to reach its strategic goals around user generated content and open development. NetEase’s minority stake in the independent company has supported Bossa's long term strategy, which includes its eventual expansion into the Chinese games market, one that sees $37 billion in revenue annually.

Hogwash, a family-friendly multiplayer game about an overwhelmed farmhand battling a trio of muck-flinging pigs, is the first title that Bossa Studios intends to bring to China. The game is now part of Apple Arcade, a groundbreaking subscription global operating across iPhone, iPad, Mac and Apple TV.

Bossa Studios Co-Founder and CEO, Henrique Olifiers, says “There's a huge amount of change and disruption around the corner for the games industry at large – from user generated content and co-creation to subscription platforms and streaming globals. While we're already recognised as a creative powerhouse within the industry, we are now wholly focused on pairing these ideas with a stronger execution in order to take advantage of the new opportunities ahead of us.”

“In the past few months we've been working extremely hard at weaving a powerful, new start at Bossa, returning to our core strengths in order to build the company's future. These strengths can be illustrated by creative initiatives such as Bossa Presents, where we’re publicly validating several game ideas with the players to work on games that are already a success before they are even launched. To have our plans and their implementation validated through investment by an industry titan such as NetEase is really encouraging. It’s a great way to celebrate the results of an incredibly transformativechapter at the studio.”

“Bossa Studios has real skill at turning boundless creativity into gaming experiences that will not just engage players, but inspire them as well. Bossa Studios is a valuable addition to our in-house development capabilities. We look forward to working with them to create fun and differentiated game experiences for game players worldwide, said Ethan Wang, Vice President of NetEase, Inc. NetEase joins Atomico, London Venture Partners and Makers Fund as Bossa Studios’ investment partners. Players wanting to muck-in with Hogwash’s 3 vs 1 barnyard bedlam can find out more by visiting www.hogwashgame.com. For an insight into Bossa’s ideation process please visit www.bossapresents.com, a creative initiative which has gathered over 50 million video views online.